If you have ever been treated with Eastern medicine, you have most likely heard of these statements at least once in the past. We do not mention this on purpose nowadays, but when we first started our clinical practices, this was something that was brought up to our patients quite frequently. The reason why we started to avoid this term is that inevitably, the question that follows is “What is Qi?” Simply put, you could say It is energy but it is a difficult question to answer. Huang Di Nei Jing is the earliest and most important work of Eastern medicine and it includes 274 concepts just about Qi. Even among Eastern medicine doctors, the question “What is Qi?” is still a hot topic that has not been answered in full agreement. It is too complex to discuss with patients for such a short and limited period.

As mentioned earlier, ‘Qi’ has been used in various concepts to describe natural and life phenomena. However, pointing out the concepts one by one is not in line with our intent of writing this blog. Therefore, we will focus on how ‘Qi’ is used in Eastern medicine to describe the human life phenomenon. More specifically, let us talk about ‘Qi’ in terms of diagnosis. There are two main expressions in Eastern medicine. 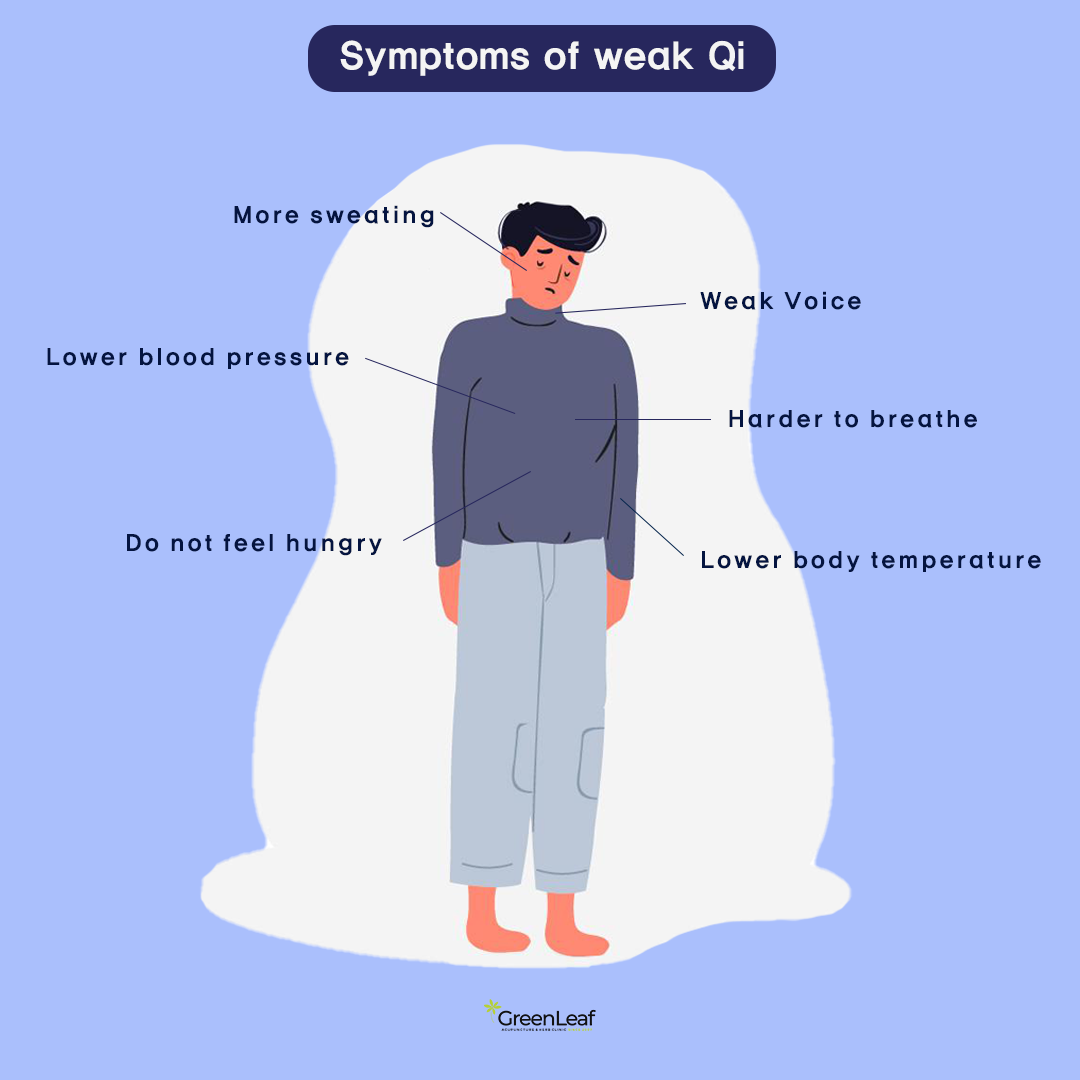 The statement ‘Qi is weak’ refers to the body’s metabolism. It refers to the state of feeling weak and tired due to problems in the process of converting the food we eat and drink into energy. There is a high chance that blood pressure and pulse rate are likely to fall with body temperature also being lower. Your voice is usually weak, you sweat more, and it will become harder to breathe even from small movements. The most clinically important symptom is loss of appetite. When metabolism is slower, you generally do not feel hungry. When a patient complains of fatigue, the first question we ask is whether they feel hungry. If you are hungry despite being tired, it is often not a problem of slow metabolism and it is necessary to find another cause. When a doctor says “Your Qi is weak” after checking your symptoms, you can think of it as your metabolism has slowed down.

The representative medicine used in these cases is the famous Ginseng. The acupuncture spot most commonly used is ST36 and we can tell that treatment is going well when patients begin to feel hungry again. 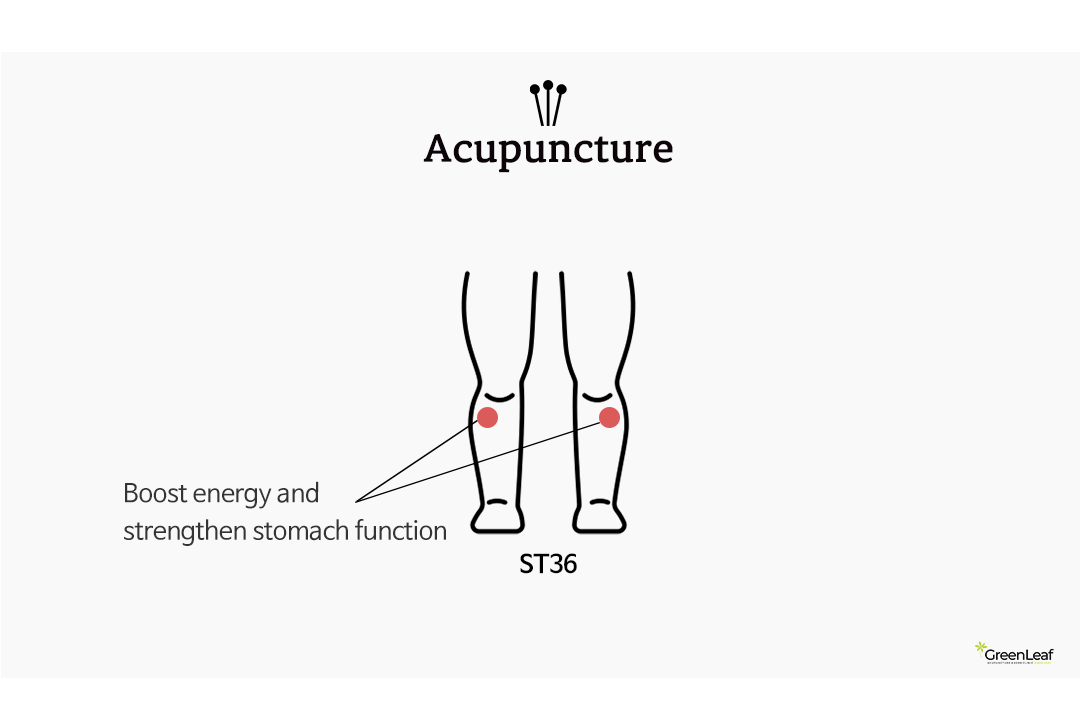 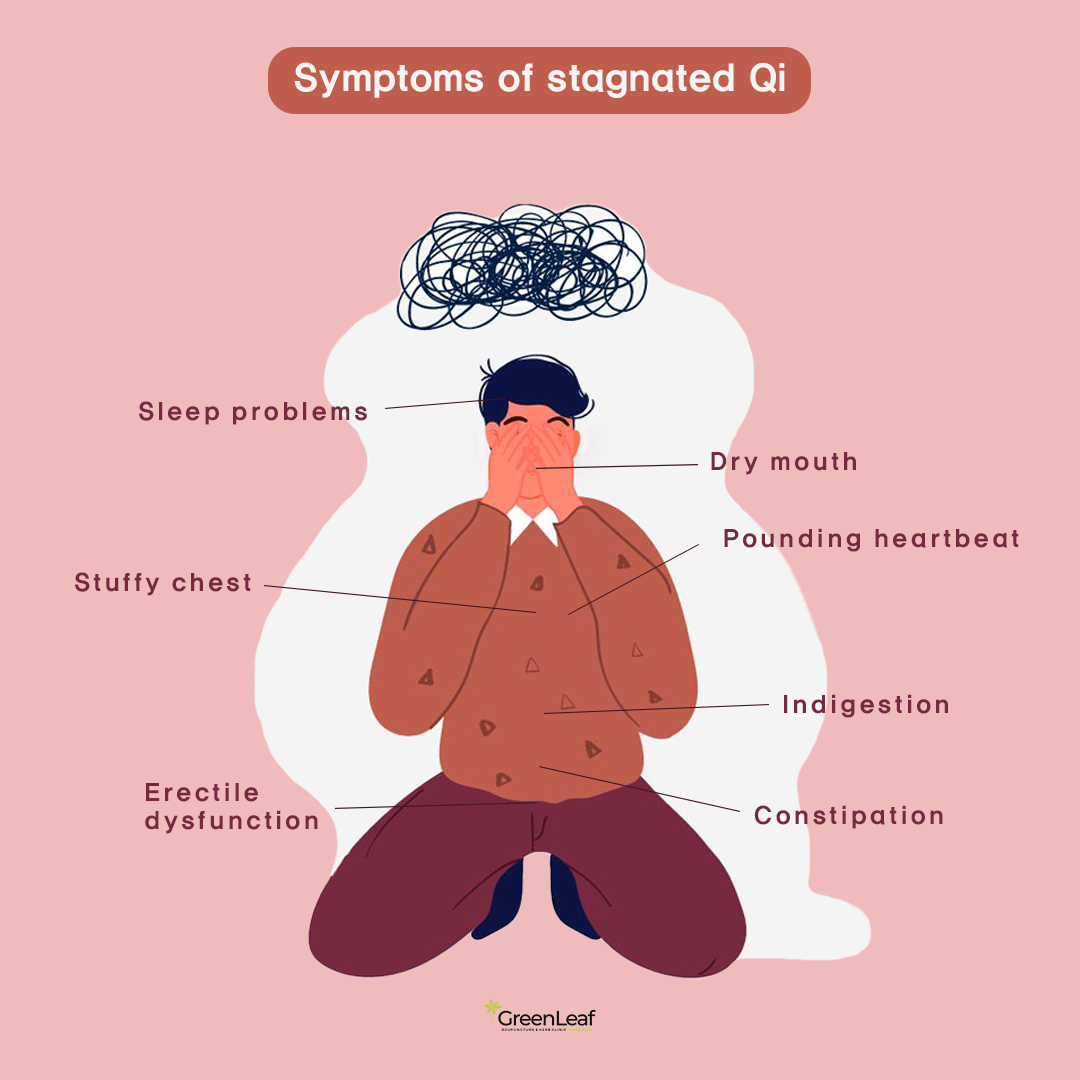 The statement ‘Qi is stagnated’ describes how stress has caused problems in the balance of the autonomic nervous system, which consists of the sympathetic nervous system and the parasympathetic nervous system. Dry mouth, stuffy chest, pounding heartbeat, and sleep problems are symptoms you will see. There are also cases where patients experience indigestion, constipation, and sexual dysfunction. Eastern medicine treats the conditions of inflammation and edema that occur as the imbalance in the autonomic nervous system continues for a long time. The term ‘Fire or Heat’ is commonly used for the concept of inflammation, and the term ‘dampness or phlegm’ is used for edema. When you hear ‘Qi stagnation’, you do not have to panic but rather understand that you are simply stressed.

The representative medicine used in these cases are Radix Bupleuri, Rhizoma Cyperi, and the acupuncture spots most commonly used are GB34 and LR 3. 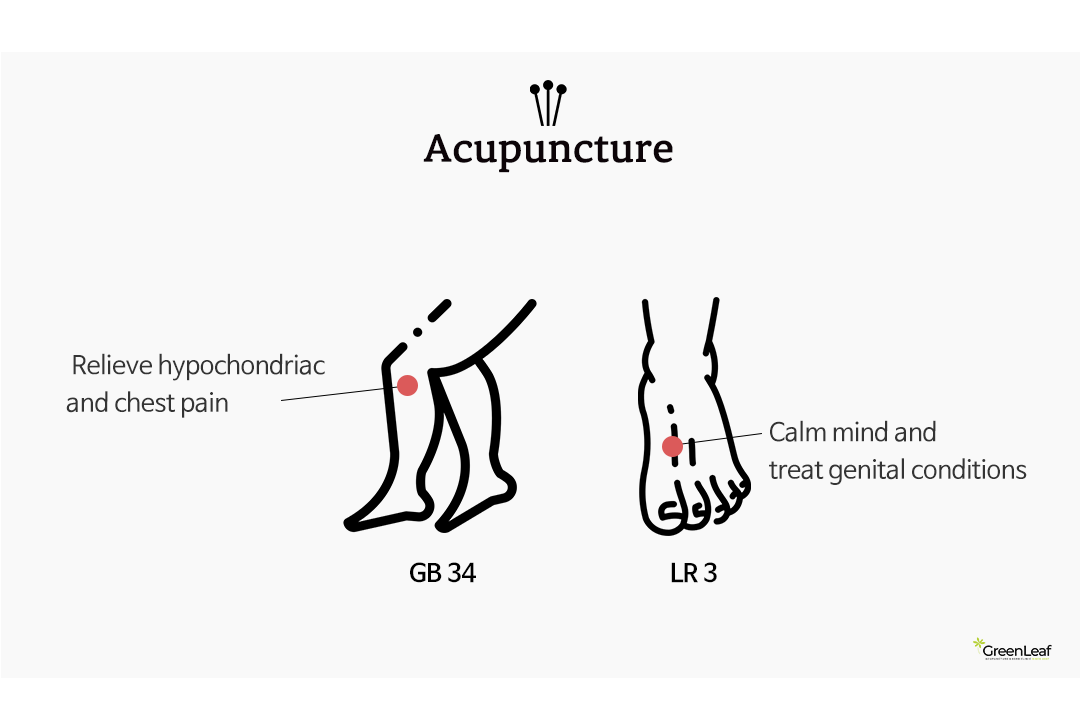 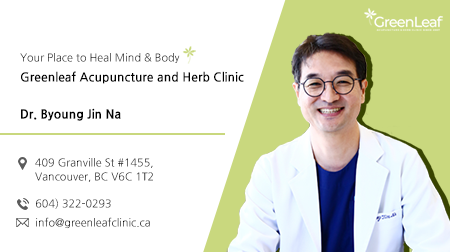