Inflammatory bowel disease (IBD) is at least two, separate disorders that cause inflammation (redness and swelling) and ulceration (sores) of the small and large intestines. These two disorders are called ulcerative colitis and Crohn’s disease.

Crohn’s disease can occur anywhere in the digestive tract but is common in the lower small bowel (ileum) or large bowel.

Malnutrition and blood disorders are common conditions in Crohn’s Disease patients found to be caused by avoiding food items either because of existing symptoms or concern that they may bring on symptoms. Almost half of Crohn’s Disease patients have additional health issues affecting their joints, skin, eyes, and biliary tract that may be more debilitating than the bowel symptoms.

Canada has one of the highest incidence and prevalence rates of IBD in the world with more than 200,000 Canadians living with the disease. These disorders are expensive and can be debilitating. The total direct and indirect costs of IBD are $1.8 billion with the main indirect cost being related to long-term work loss. The average age for people developing IBD often coincides with the most important socioeconomic period of life. The severity of symptoms may prevent those with IBD from realizing their career potential or family creation. 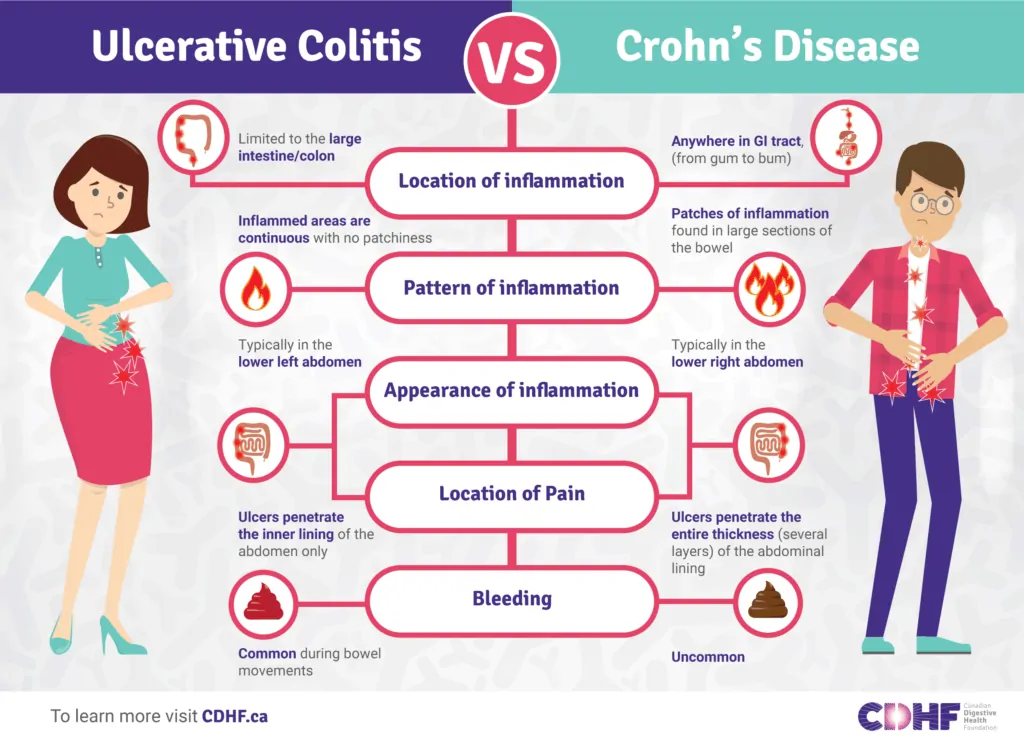 Crohn’s disease and ulcerative colitis share similar symptoms and they are both types of inflammatory bowel disease (IBD), but they are not the same illness and they affect different areas of the GI tract. 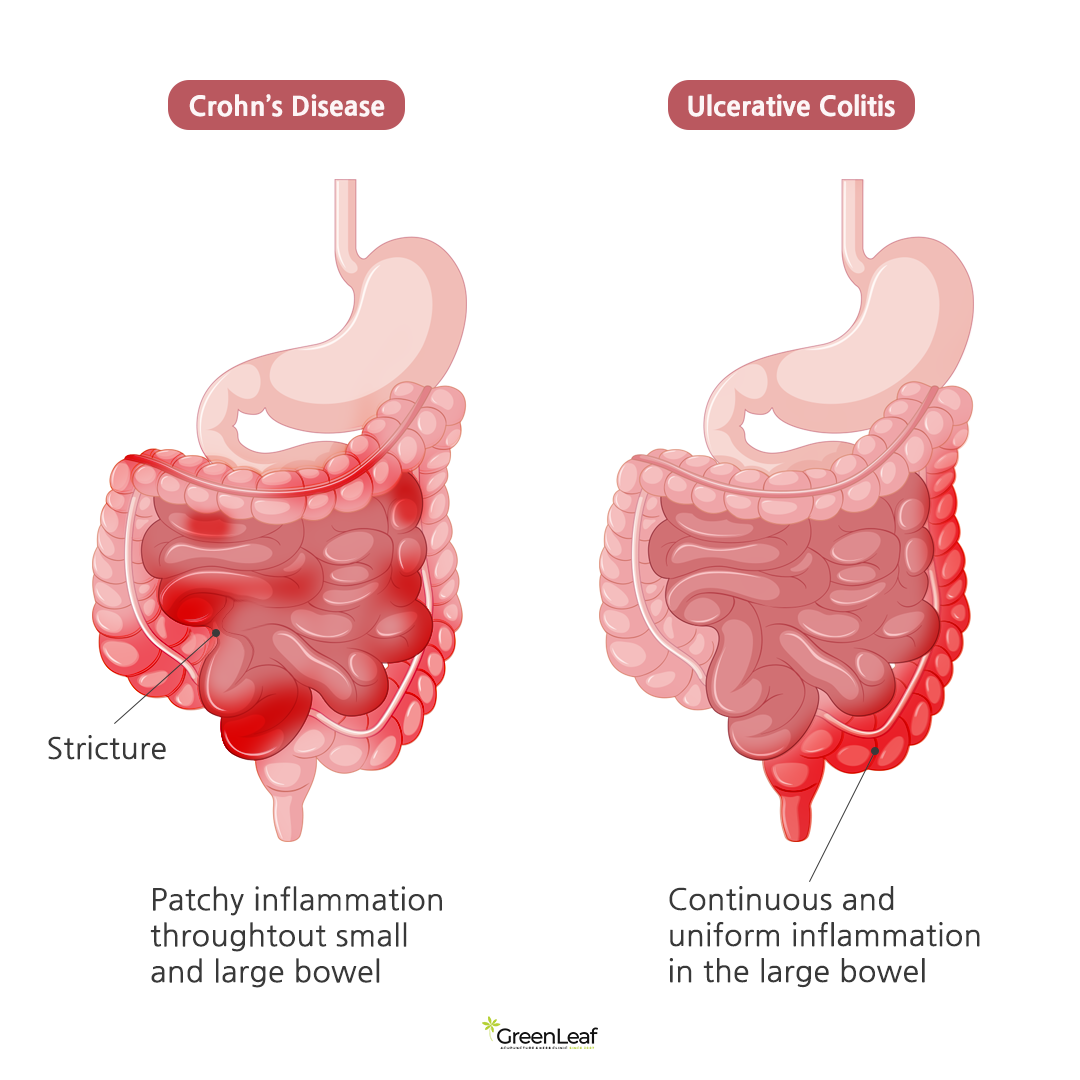 Our treatments have been proven to be effective in helping to reduce inflammation and relieve pain for many types of conditions. This includes autoimmune disorders that can be difficult to treat with conventional medicine. Traditional eastern medicine works well to help bring relief to people with autoimmune diseases because acupuncture and herbs work upon both the physiological and emotional aspects of the illness. Crohn’s flare-ups can be triggered by stress, anxiety, depression, and other mental health issues or strong emotions. Acupuncture can help to relieve stress and worry so that they are less likely to feed into physical symptoms.

Acupuncture and moxibustion can help improve symptoms of diarrhea, stomach cramps, and epigastric pain. By using these safe healing modalities, acupuncture practitioners are able to help people with bloated stomachs, IBS symptoms, and nausea. Acupuncture treatment can also positively affect the vagus nerve in the brain, which plays an important role both in the functioning of the immune system and the parasympathetic nervous system that controls the action of the entire GI tract. Acupuncture can also positively impact the microbial bacteria that reside in the intestines, bringing them closer to normal levels.