What is Gastroesophageal reflux disease (GERD)? 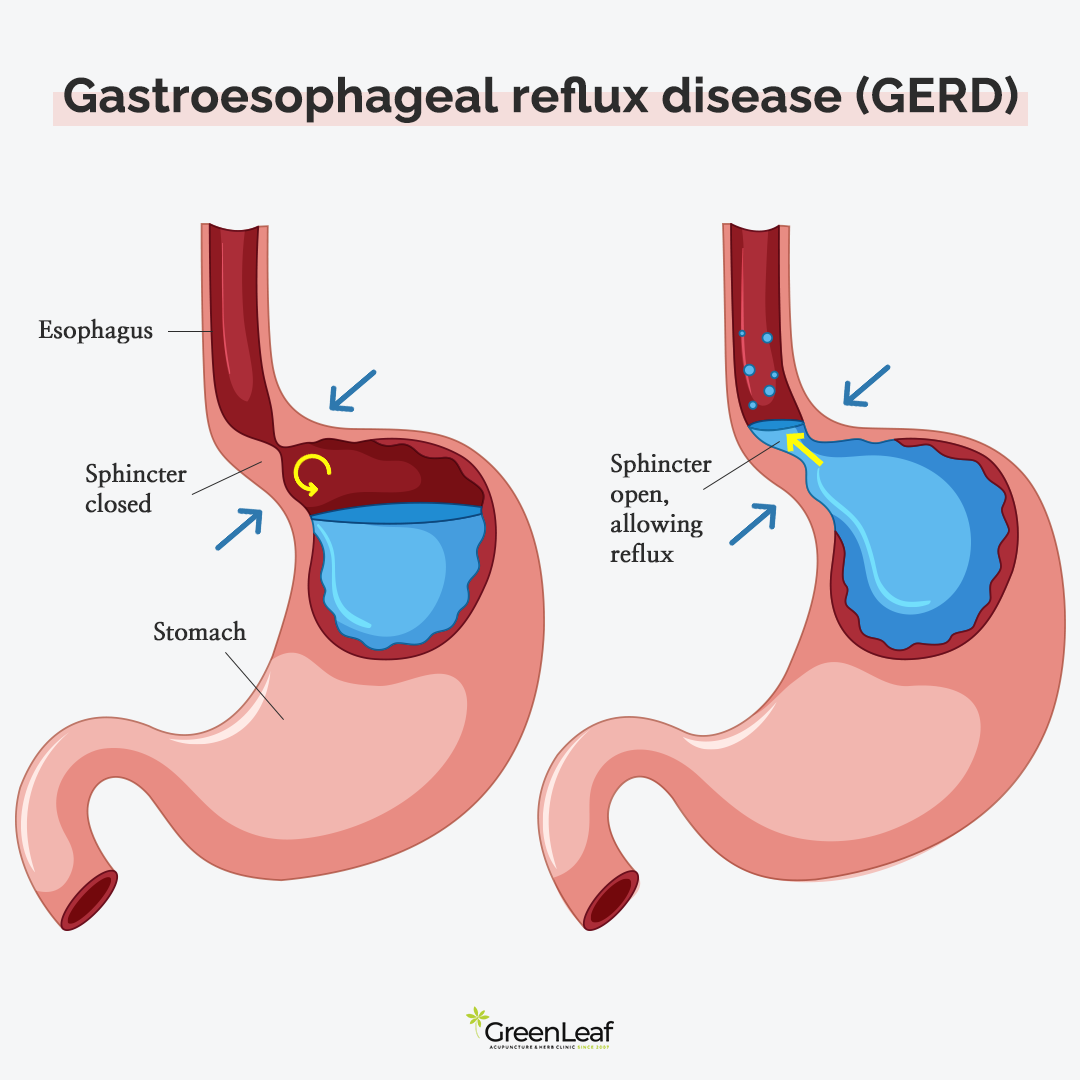 Gastroesophageal reflux disease (GERD) is a condition in which the stomach contents leak backward from the stomach into the esophagus (food pipe). Food travels from your mouth to your stomach through your esophagus. GERD can irritate the food pipe and cause heartburn and other symptoms. When you eat, food passes from the throat to the stomach through the esophagus. A ring of muscle fibres in the lower esophagus prevents swallowed food from moving back up. These muscle fibres are called the lower esophageal sphincter (LES).

When this ring of muscle does not close all the way, stomach contents can leak back into the esophagus. This is called reflux or gastroesophageal reflux. Reflux may cause symptoms. Harsh stomach acids can also damage the lining of the esophagus and cause heartburn.

GERD is a common disorder that has a significant impact on the community. In Canada, people suffering from GERD symptoms are absent from work 16% of each year, representing $21 billion in costs or 1.7 billion hours of lost productivity annually. On average, five million Canadians experience heartburn and/or acid regurgitation at least once each week.

Western medical treatments include over-the-counter or prescribed antacids or acid reducers to neutralize or suppress the stomach’s production of acid. These medications can be really helpful but often give side effects such as diarrhea, constipation, cramps and changes in bowel movements.

Unlike Western medicine, which views GERD as a single pathological process that is similar in all cases, the traditional Eastern medicine perspective is that different patients present with different types of acid reflux. During acupuncture, stimulating selected acupuncture points can prevent the esophageal sphincters from relaxing, reducing acid reflux and heartburn. Based on your accompanying signs and symptoms, your practitioner will make a diagnosis and suggest a suitable treatment plan which might include acupuncture, herbal medicine and/or dietary advice. This not only helps to reduce the symptoms of heartburn but more importantly, addresses the root of the problem. Alongside treatment, balancing the digestive system might also require lifestyle changes, such as better sleeping habits, quitting smoking, losing weight and regular exercise.