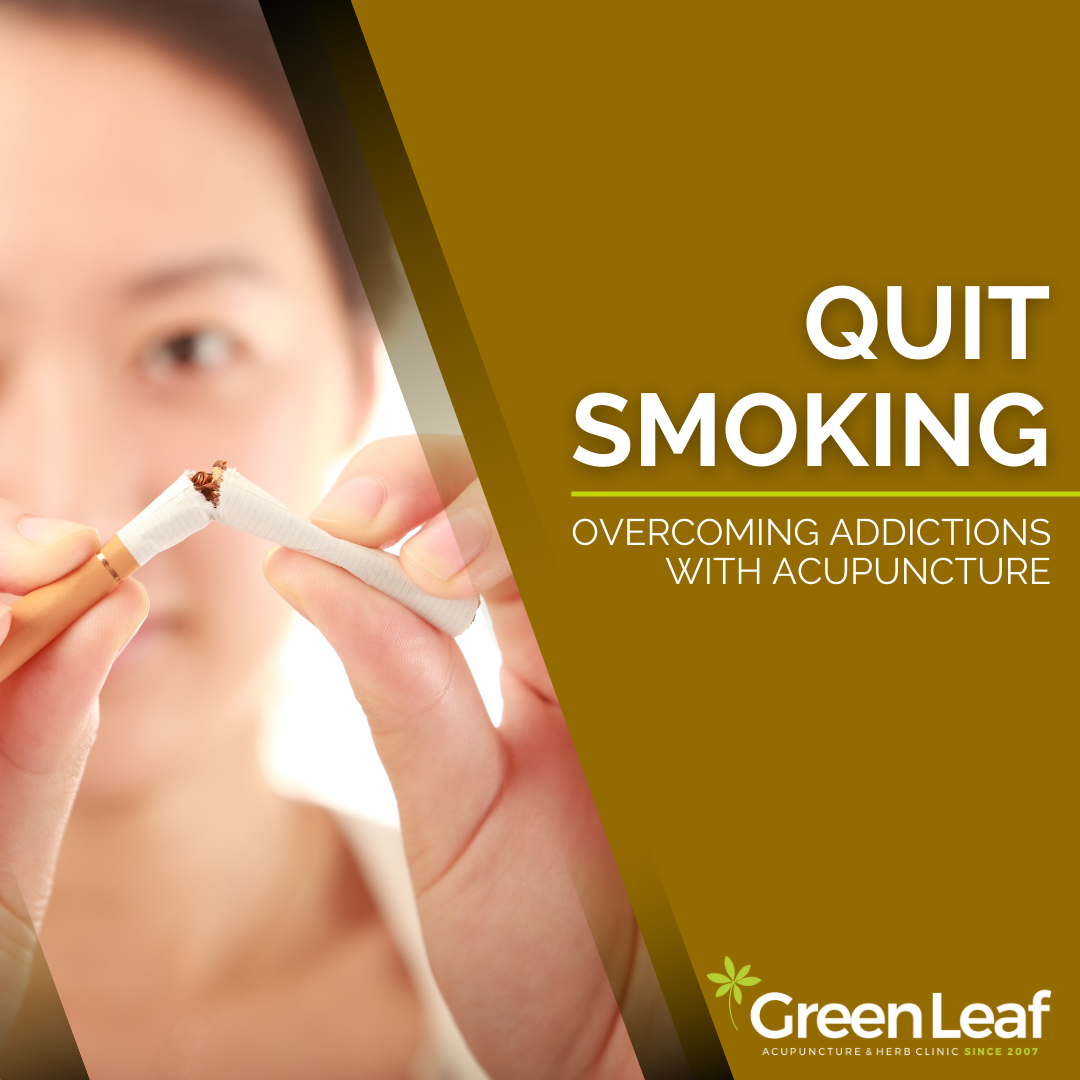 Developing an addiction and dependence to nicotine is considerably more difficult than losing one. If you’ve ever tried quitting smoking, you know that it’s a tough battle with constant successes, failures, and temptation. However, quitting smoking is also one of the most important things you can do for yourself and for the people around you. In this blog post, you will learn about the mental and physical addictions caused by cigarettes, and how Eastern medicine addresses them with acupuncture.

Even with all of the information regarding the dangers and negative consequences of smoking, how do people still get addicted to it? Smoking is both mentally and physically addictive. Mentally, smoking can become addictive as smoking habits can lead to the development of triggers that are difficult to avoid. Typically, a smoker will increase the frequency of times they smoke a cigarette per day as they turn to nicotine for stress relief or a quick pick-me-up, and as time passes these habits become triggers. For example, a smoker may go from having one cigarette per day, to having one after every meal and socially with friends. Now a trigger has been developed, and whenever this person finishes a meal or sees their friends they are reminded to smoke a cigarette. Once one develops these triggers, quitting smoking becomes significantly more difficult as the reminder to smoke can be inescapable. This is known as a mental addiction as it isn’t caused by a physical change within the brain or body. However, cigarettes are also physically addictive. This is because regular nicotine use can cause one’s brain to create positive associations with smoking cigarettes and chemically change. Every time one smokes, nicotine activates dopamine receptors in the brain which chemically cause one to feel pleasure. This also primes the brain to expect and crave nicotine. When one stops smoking, this chemical change in the brain also stops, and as a result, one can experience cravings and a plethora of other withdrawal side effects. This is known as a physical addiction as it is caused by physical changes to brain chemistry that lead to dependency. Although challenging, these addictions can be overcome with Eastern medicine and acupuncture.

In Eastern medicine, the body is examined as a collection of individual parts that are interconnected with each other. Therefore, when one part of the body is affected by smoking, other organs will also be affected. For example, when one weakens their lungs through smoking, heat can build up within the heart and stomach and cause stagnant liver Qi. In Eastern medicine, these factors are what lead to withdrawal symptoms such as anxiety, stress, and irritability. Acupuncture can be used to clear the excess heat and stimulate the flow of Qi to reduce these withdrawal symptoms. This is also why acupuncture needles may be placed in areas that seem completely unrelated to one’s addiction when treating it. For example, there are points along the outer ear, when stimulated by acupuncture needles can combat cravings from nicotine dependence. Moreover, acupuncture can be used to reduce cravings that are a result of dopamine receptors conditioned to seek nicotine. This is because acupuncture treatments release endorphins. These are chemical compounds that are similar to dopamine that relieve pain and encourage relaxation. To combat cravings, acupuncture treatments stimulate the brain in a way similar to dopamine to satisfy your need to smoke.

Quitting a habit that is both mentally and physically addicting can seem impossible. But, If you’ve developed an addiction to smoking cigarettes you aren’t alone, and if you’re considering using Eastern medicine to help you quit, you are on the right track! If you’re looking to learn more on how we can help you tackle quitting, contact us and book an appointment today!