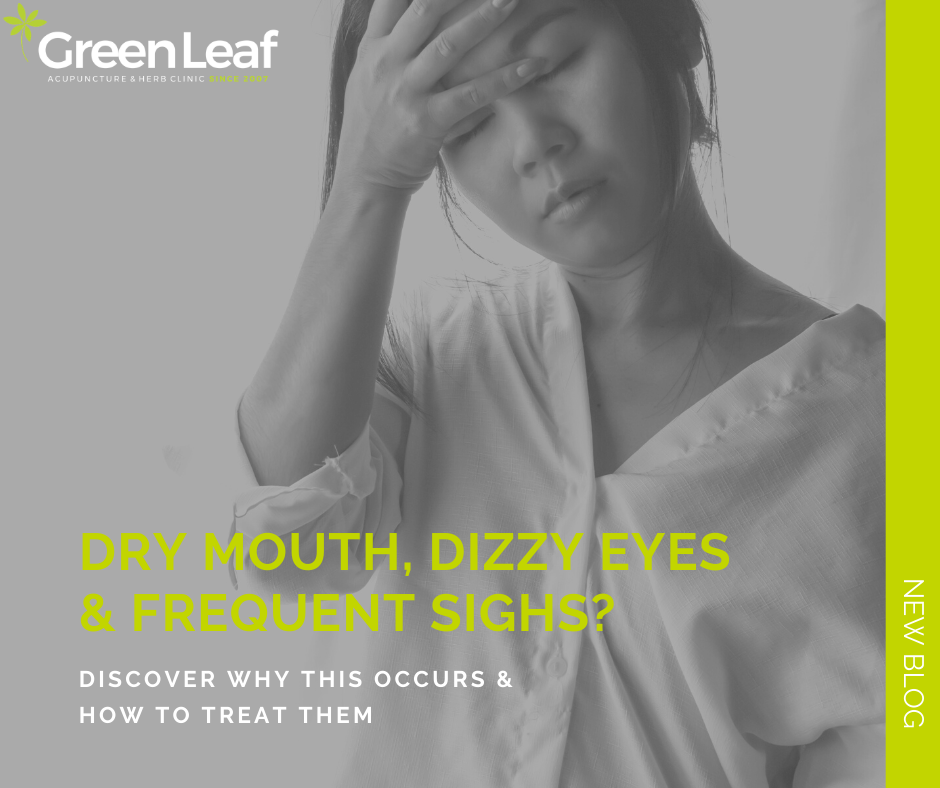 Julie is a working woman in her 20s. She is very ambitious when it comes to her work so she always has the urge to fulfill all tasks by herself in a perfect manner. She knows how to take care of tasks fully by herself and has a strong sense of self-esteem. Starting from a few months back, Julie became generally tired and began to lose her appetite. This was a clear result of her stressful work life and the lack of rest she was able to get. Her mouth was dry and every morning she tasted a bitter taste in her mouth. Her lips were also dry which forced her to apply lip balm to prevent her lips from getting chapped. Her eyes were strained and on the days where she had to stare at her computer screen for long periods of time, her vision was foggy. On the days where she had to talk a lot, she easily became exhausted which made her want to speak less even when she was back at home. She became easily irritated, sighed frequently and had a hard time eating due to her lack of appetite.

Now, what is happening to Julie’s body?

Our body responds to stress in three stages – the alarm stage, resistance stage, and exhausted stage. Julie is showing symptoms of the alarm stage in which her autonomic nerves are stimulated. In this stage, symptoms worsen in certain stress situations. For example, more work makes you lose appetite and sigh more. They also overreact to stimuli such as vision, sound, and touch. There is even the possibility of your eyes getting dizzy and suffering from tinnitus. There is also the symptom of getting irritated and easily emotional.

However, the human body is so diverse that the reaction patterns do not appear in such common symptoms at all times. An easy example is that there are many people who eat more when they are stressed. Animals generally do not eat when they get hurt or sick, which is to temporarily increase the body’s ability to resist. People are similar to animals in many ways, so it is common for us to react like that as well, but modern people have such a large area in the brain that they generally eat more.

As an Eastern medicine doctor, the first step is to look at the common symptoms. One of the most common symptoms is a dry and bitter mouth. Our saliva is secreted with an appropriate amount of IgA, an immune substance that contains sugar, and when the secretion decreases, the mouth tastes bitter. The resulting bitter taste in the mouth means that the immune system has weakened. The next symptom to look into is dizzy eyes. This symptom can be showcased in a various ways from tired eyes to dim and impaired vision, and the inability to read clearly. In particular, there are quite a few patients who say that their eyes get tired easily when they see objects passing by quickly. Some say when they get in a car, they have to close their eyes to feel relaxed or that they cannot sit on the reverse seat on a train.

Finally, the last symptom that must be checked is whether patients sigh often. Most people are unaware of themselves sighing so it is common for patients to double check with their close friends and family. Stress affects the flow of lymphatic fluid from the chest or the flow of portal vein blood, and it is inferred as a symptom that causes a slight change in the pressure of the diaphragm, which is a good indicator for checking stress. In addition, when we check the patient’s stomach, we always press under the ribs to check the degree of pain, which is also a good indicator of the body’s condition of sighing.

When these major symptoms are identified, we use a drug called Radix Bupleuri. Along with Radix Bupleuri, the drug Radix Paeoniae Alba is often used to relieve mental stress such as anxiety, tension and depression. Radix Bupleuri is widely used in this field as it is also used as a cold medicine for children due to its strong anti-inflammatory effects, in addition to neuropsychiatry, and is proven to be effective for liver disease. It is the second most widely studied herbal medicine after ginseng. Half of the patients we see in my clinical trial are mostly treated with Radix Bupleuri. If you get tired from stress, experience a dry mouth and a loss of appetite, and frequently sigh, we recommend visiting an Eastern medicine clinic. The diseases of the reactors are easily treated and can be prevented from turning into larger diseases in advance.