Diarrhea: Is It the Same for Everyone? 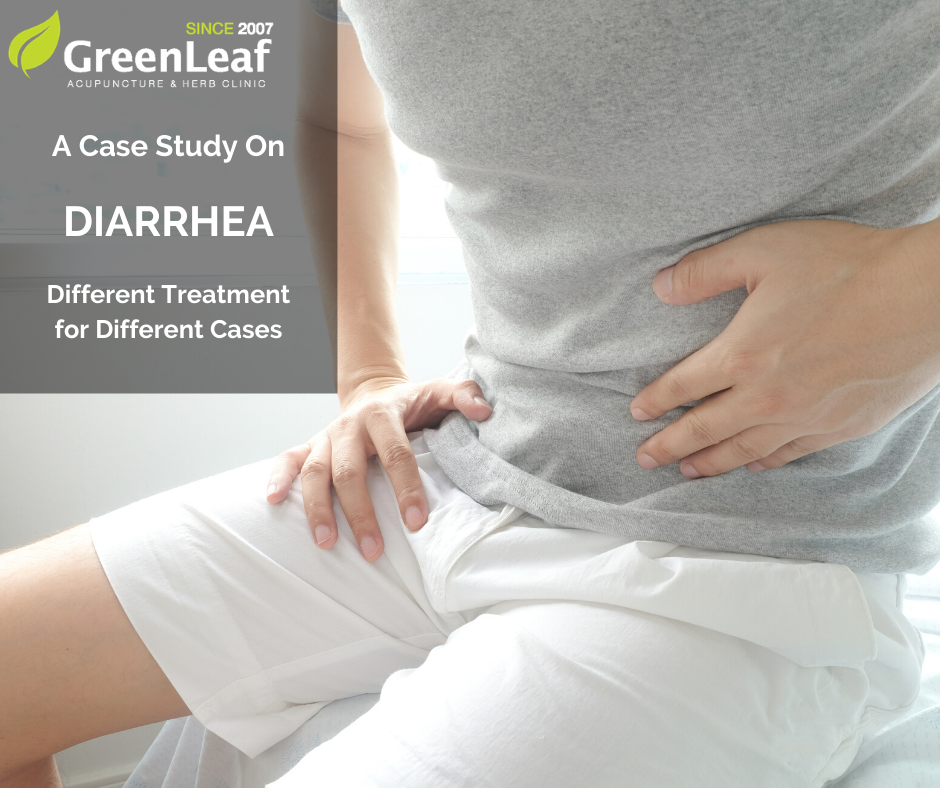 We had a patient named Mike (alias) who suffered from severe diarrhea. Every time he ate a meal or endured a stressful incident, he would experience diarrhea. Given these circumstances, he strangely still had an appetite for food and ate regularly. It was difficult for us to identify any signs of stomach aches or an upset stomach for Mike. His situation seemed to be limited to the large intestine. Other symptoms Mike experienced were disrupted sleep and hot body temperatures, possibly resulting from his sensitive personality.

Another patient with a shy personality, Janey (alias), suffered from diarrhea just like Mike. However, in contrast to Mike’s condition, Janey experienced a loss of appetite every time she had to focus on something. Janey generally did not like eating a lot and her mouth would often become dry, leading her to frequently drink water. Although she was very sensitive to stress and would frequently sigh as a result, she did not have much trouble sleeping. She stated much of her stress and hardships came from her perfectionist personality at work. She would frequently get hot from her high body temperatures, but also despised the cold weather.

Mike and Janey are patients who display an evident relationship between stress and diarrhea, which is identified as irritable bowel syndrome (IBS). Both possess sensitive personalities and are easily affected by stress, which result in symptoms of diarrhea. However, if you look closely, there lies a difference between the two patients. Mike has a good appetite and does not have many stomach problems, while Janey does not have much of an appetite and does not like to eat. Mike has sleeping problems, while Janey has no major discomfort when sleeping. What is the difference between Mike’s and Janey’s diarrhea?

First, it is important to understand the basics of diarrhea. Diarrhea occurs primarily because there is too much water in the intestines. For example, there is the possibility of experiencing diarrhea after drinking milk. In this case, enzymes are lacking to fully digest the milk. When the milk is not absorbed in the small intestine, our intestines attract moisture which triggers diarrhea. As a result, we do not want to keep indigestible substances in our bodies for long periods of time. On the other hand, you could also view the situation as a problem with stimulation and not absorption. Think about food poisoning – bacterial toxins are a major cause of excessive intestinal moisture production.

Next, we can observe any inflammation of the intestinal mucosa. When an inflammation in the intestinal mucosa occurs, moisture absorption is reduced and secretion is more frequently triggered. The intestinal tract’s movement also becomes more rapid, causing diarrhea. This is the case of Crohn’s disease, ulcerative colitis, etc. Finally, the change in bowel movement may cause diarrhea due to insufficient moisture absorption which is critical to note. Think about the times you ate cold food and experienced diarrhea after. Our bodies shiver to raise the body temperature when we are cold. In severe cases, our teeth even chatter. What do you think happens when the gastrointestinal tract becomes cold? Similarly, the gastrointestinal tract ‘shakes’ to raise the temperature, which causes excessive bowel movement. Eventually, as the intestine becomes cold, the moisture is not properly absorbed and causes diarrhea.

Now back to Mike and Janey’s situations. Although Mike’s case is not as severe as Crohn’s disease or ulcerative colitis, we can predict an inflammation of the intestinal mucosa or very sensitive mucous membranes. The reason this is predictable is because vibrations of the sympathetic nerve were apparent. In the cases where the sympathetic nerve is affected by a nervous state, disrupted sleep and fast pulses, skin problems and mucous membrane problems tend to appear easily. Mike displayed redness in his face, fast speech and a sensitive personality. There was also a tendency for his face to easily become red when his skin was slightly irritated or scratched.

Janey was sensitive and easily became stressed but she frequently sighed, her mouth would get dry and she complained of heat in her chest, while her lower abdomen felt slightly cold. If the whole body is not sensitive and the heat is drawn to one side, the body is likely to become cold on the other side. The heart will be hot, but the stomach will be cold. For Janey, diarrhea occurred because the cold triggered severe bowel movement.

Janey was sensitive and easily became stressed but Despite all the similarities between stress-induced diarrhea, the approach and treatment differs depending on the body’s response. We gave Mike Rhizoma the strong anti-inflammatory drugs Coptidis, Radix Scutellariae, and more, to relieve the sensitivity and inflammation of the intestinal mucosa. Janey was treated with Radix Bupleuri to relieve the heat in her chest and with Rhizoma Zingiberis to warm her bowels and treat her diarrhea.